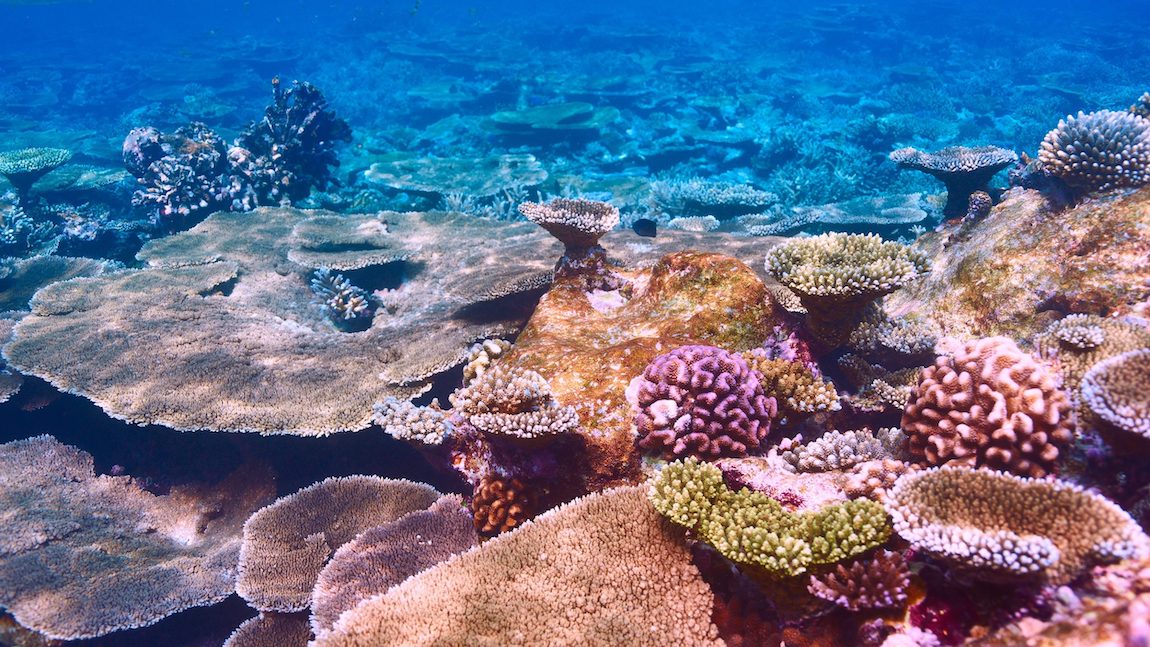 For a long time, scientists thought that coral ate anything they could reach, but a 2017 study indicates that coral might actually prefer plastic. Surprising as it seems, coral may actually find the taste of plastic…well…yummy! A lot like humans, not everything they like may be good for them.

Plastic is the junk food of the ocean.

Coral use chemical sensors that work like taste buds to decide what to eat. When scientists gave coral the choice to eat tiny pieces of plastic or sand, they chose the plastic. Then the scientists gave coral a choice between plain plastic and plastic coated in a microbial film. They theorized that the film would make the plastic more appealing to the coral.

Does this mean that that coral can help solve the problem of plastic in the oceans by eating it? No, probably not. First, the size and amount of plastic consumed by coral is minute. Second, the coral can’t digest the plastic, so they eventually end up spitting most of it back out again. Worse, the plastic that the coral does eat might fill their stomachs, preventing them from eating nutritious food.

Junk food is junk, whether it’s on the land or in the sea, so don’t go thinking that throwing your garbage in the ocean is helping coral.  Remember to recycle!