Humans have been looking into space, and even thinking about living there, for a long time.  The Moon has been considered for colonization for decades, but Mars is currently the most popular choice for potential colonization—just ask Elon Musk, CEO of SpaceX.

What if we look in a different direction, though? Instead of looking farther away from the sun, let’s turn back toward it.  No, don’t look AT the sun!

How about Venus?  I know—you’ve learned that Venus is an incredibly inhospitable planet, and that’s true, but putting a colony on Venus has several benefits over one on Mars.

For one thing, Venus is closer to us than Mars is. It would take about six months to get to Mars, but only five to get to Venus. Also, we have more windows of opportunity to launch to Venus than to Mars. Earth and Venus are at their closest every 584 days; this only happens every 780 days with Mars.

In addition, the gravity on Venus is much closer to what we have here on Earth. It might seem like a lot of fun to go bouncing around in Mars’ lower gravity (38% of what we have here), but our bodies weren’t designed for that, and it’s hard on our bones and muscles when we have to deal with that for long periods of time. 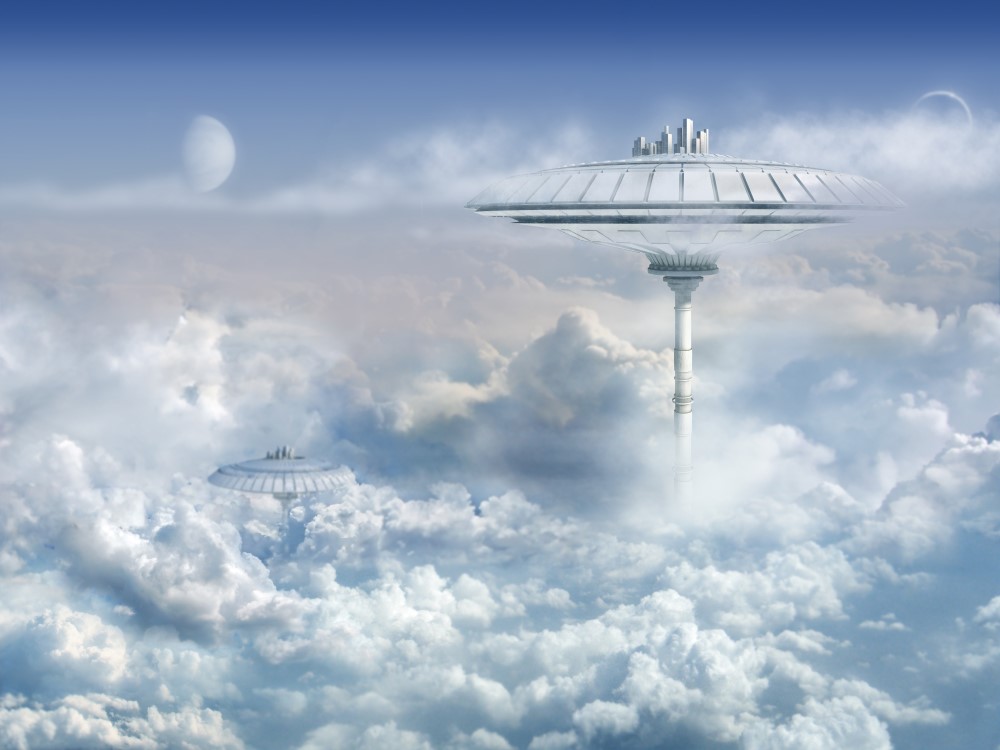 Venus is more like Earth than Mars is in other ways, too. Not the surface of Venus – we KNOW that’s a nightmare! The heat and the pressure and the toxic atmosphere would make for a pretty miserable existence, right? You’ve got to stay off that horrible surface, and the only place to go is up – right up into the clouds.

About 50 kilometres above the surface of Venus, above the clouds, the air pressure is about the same as it is as sea level on Earth.  The temperatures are generally between 0° and 50° Celsius (32° to 122° Fahrenheit). On Mars, the temperatures range from 20° to -73° Celsius (70° to -100° Fahrenheit), and the air pressure is so low that a puncture in a structure would be a real hazard.

What about those toxic gases on Venus?  Above the clouds, is the air as fresh as in an Alpine Valley?  Uh, no.  No, the atmosphere is just as toxic, and you’d still have to deal with the sulfuric acid rain, same as on the surface.  Hey, we never said it was perfect.

Venus would be tough, but still not as tough as Mars in a lot of ways. What do we do once we get there? Well, there’s this thing called terraforming…

So let’s say we’ve got our Venusian colony, floating above the clouds (bonus:  the floating bits could be filled with breathable air, since that would be lighter than that carbon dioxide atmosphere).  From up there, we can introduce certain chemicals into the atmosphere below, which would gradually transform it to a place were we could survive.

NASA is already on board with the idea.  HAVOC, or High Altitude Venus Operational Concept, was proposed in 2015. No, it hasn’t gotten past that proposal stage.  Not yet, anyway.

As you can see, the only thing limiting our choices about the next place to colonize is our imaginations.  What planet would you colonize?  And would you even be willing to move off the Earth to another planet in the first place? Do you think that option will be possible within your lifetime? It’s a lot to consider—no time like the present to start thinking about it!