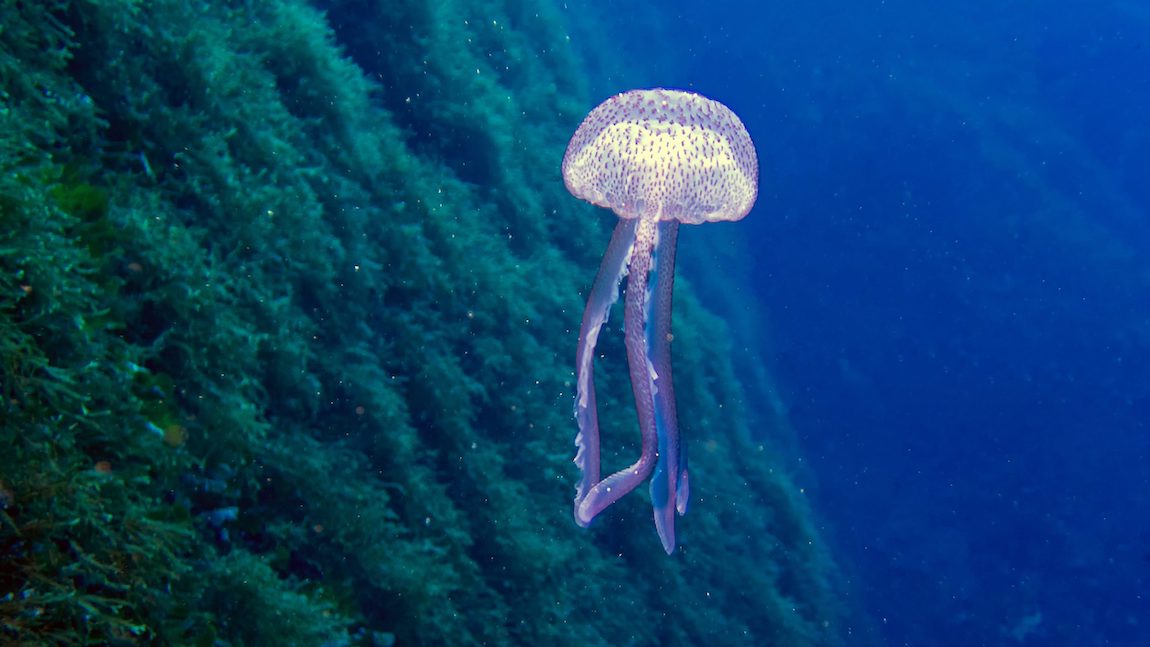 As a rule, coral eat tiny floating animals called zooplankton. It’s a pretty passive way of getting a meal. But in July of 2018, a study was published that shows that some coral might be more aggressive about their dinner. Irish and Italian scientists have made a surprising discovery while studying cave-dwelling corals in the Mediterranean, off the coast of Sicily. It appears that they can cooperate to capture jellyfish which have been pushed against them by ocean currents.

The jellyfish being eaten are the Pelagia noctiluca, also called the mauve stinger. This jellyfish species is responsible for most of the painful stings people suffer while swimming in the Mediterranean. They grow to 3 – 12 cm wide, and usually live in warm water, but currents can carry them to temperate and cold seas of the north Pacific and Atlantic, as well as the Mediterranean Sea.

This ‘sinister’ coral is Astroides calycularis, which grows in dense, bright orange groups in the Mediterranean Sea. Its polyps are typically 4–5 mm in length but larger polyps can grow up to 8 mm long. When the jellyfish bumps up against the coral, several polyps rapidly engulf the arms of the jellyfish. It can take between 1 and 5 minutes for the coral to consume the jellyfish. Jellyfish aren’t the only part of this coral’s diet—like other coral, they primarily eat zooplankton. The coral probably don’t eat enough jellyfish to affect their numbers. Both species have been known to science for some time—the surprise is how they are interacting. There are always new discoveries to be made!