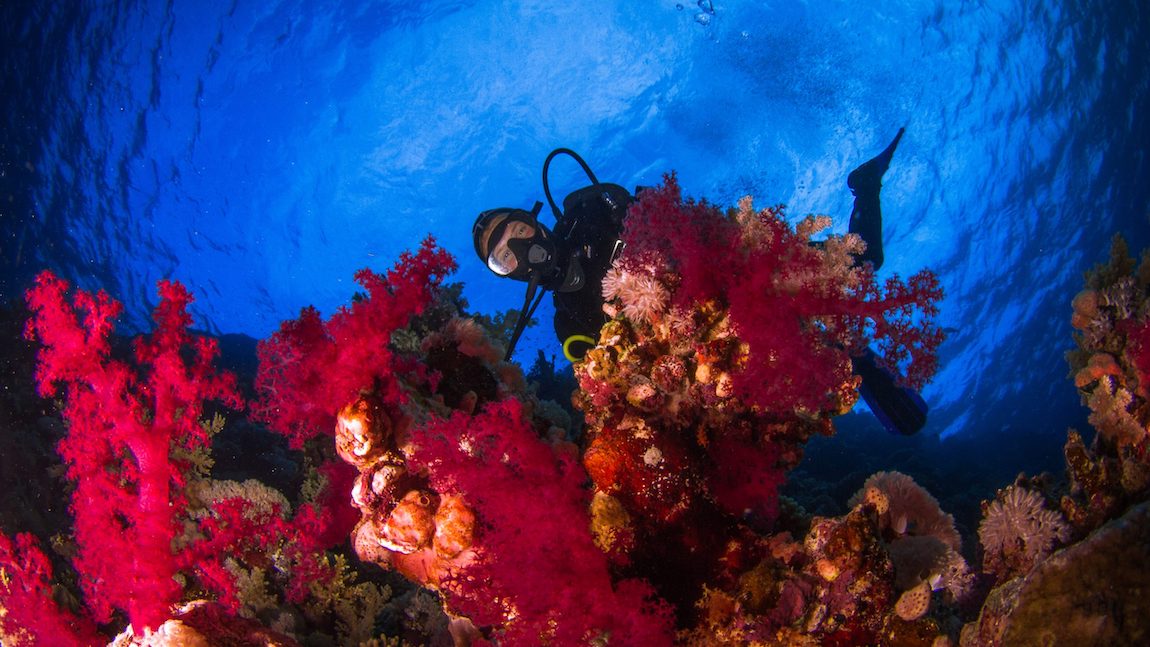 The area around the Red Sea is one of the hottest, driest places in the world. This leads to high water evaporation, which has made the Red Sea considerably saltier than the rest of the world’s oceans.

So. Hotter, drier, and saltier. Doesn’t sound like prime conditions for coral, but the reefs in the Red Sea are not only surviving–they’re thriving. The Red Sea is an extension of the Indian Ocean, lying between the Arabian Peninsula and Africa. It’s over 5000 years old, about the size of the US state of California, has about 2000 km of shoreline, and has an average depth of 1600 feet. The only connection to the Indian Ocean is through a narrow strait to the south, which means that the water is generally fairly still and therefore remarkably clear.

Tourism is an important part of the local economies, but if it isn’t carefully managed, divers can do more damage than nature. A growing number of marine protected areas have been established in the Red Sea to help alleviate some of these problems.

In addition to the inherent benefits to the ecosystem, corals have provided components for medications, including those for cancer and HIV patients.

What’s the secret? Why are reefs in such a hostile environment doing so well? There are a couple different possibilities. One is that as the coral moved into the Red Sea over thousands of years, coming through very hot water naturally selected those that could better survive. Another idea is that there might be a heat resistant algae that exists in coral in the Red Sea. If this algae can be extracted, scientists believe there may be a way of saving coral around the world from devastation.