Freediving has a very simple premise: you, underwater. That’s it. No SCUBA tanks or any other breathing assistance. Just you, holding your breath for as long as you can. Simple, but increasingly popular, and potentially very dangerous.

Freediving started out of necessity. Finding food was probably the original incentive, but eventually people would also dive to find items worth trading or to retrieve something that fell off a boat. Those are still valid reasons for freediving, although these days it’s more of a recreational pastime and has even become a competitive sport. 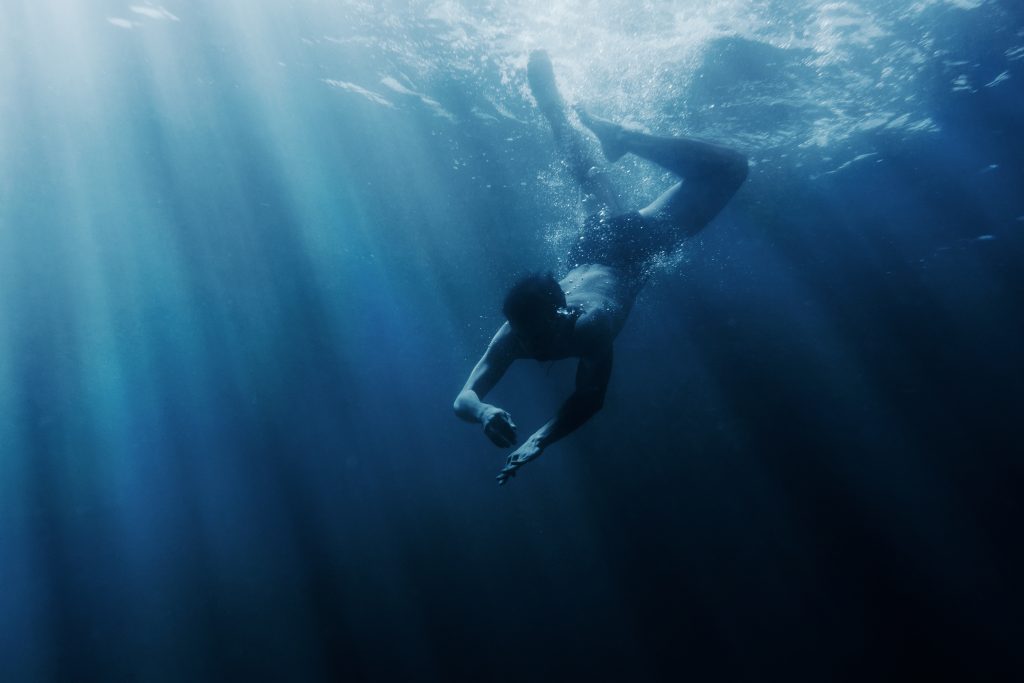 Beginner freediving courses usually use vertical weighted ropes, so that the divers have help getting down and guidance getting back up. Getting disoriented while surfacing and getting “lost” underwater is one of the most dangerous parts of freediving.

Many freedivers also use fins, because if you’re going on a deep dive, you might need some extra help to get back up to the surface. Most of us know the sensation of being buoyant while swimming—the water is pushing you up. As you go deeper, that reverses. By the time you get to between 13 to 20 meters below the water’s surface, the weight of the water is so much that pressure is pushing you down instead of up.

One of the most famous freedivers is Austrian Herbert Nitsch. He started freediving as an accident. His equipment got lost on the way to a dive, so instead of SCUBA diving, he went snorkeling, and from there discovered his talent for and love of freediving. Less that two weeks after he started freediving, he was only two meters short of the Austrian National record.

In 2012, Nitsch (who can hold his breath for more than nine minutes), set a world record by diving to 253.2 meters (830.8 feet). It’s unlikely that record will be broken soon, due to the dangers in going that deep. Nitsch developed an acute case of decompression sickness on that dive and had to overcome severe physical challenges because of it.