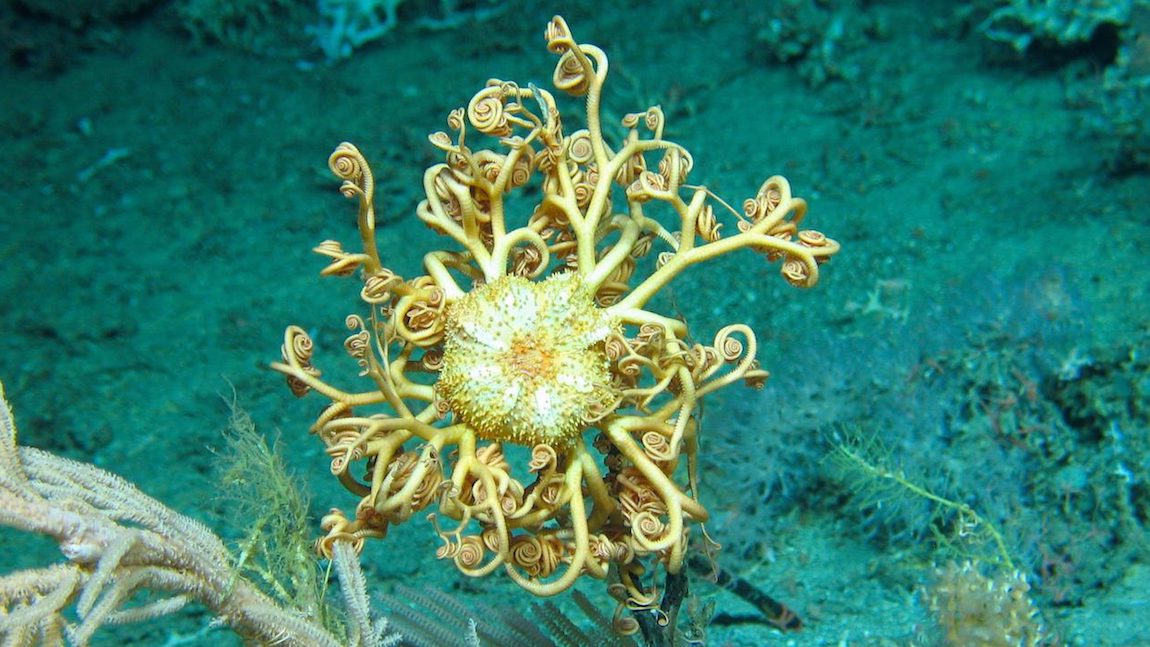 Far off the western shores of Ireland, with land nowhere in sight and beyond the point where the continental shelf drops away and the depths of the ocean reach thousands of meters, British and Irish scientists have stumbled across something rare and very surprising. Out there at the Rockall Bank, 480 kilometers west of Ireland, in the deep ocean waters lies a previously undiscovered ‘sponge reef,’ an extremely unusual combination reef made up of both living and dead sponges as well as coral. This combination forms a complex habitat for many other creatures, including crustaceans, starfish, worms, and many species of fish. Until now, only Canada has been known to host this special type of reef.

It’s hard to believe, but sponges do a lot. Even more than providing habitats for other species, recycling nutrients and helping form reefs deep below the surface, these unassuming little creatures may even be a source of new antibiotics to replace those that have become less effective. Many of these sponges have bacteria that are antifungal and antibacterial – in other words, they can destroy toxic microbes, including bacteria and fungi, an exciting characteristic which could lead to new medicines.

The Rockall bank reef has a beautiful species of octocoral called Corallium, which may be over 100 years old and grows into huge fans with a delicate porcelain-like skeleton. The reef also has a species of black coral different to others described so far—it might actually be an entirely new species! Despite the name, black corals are in fact very colorful, with a maroon red or cream white hue, depending on the location. They get their name from their black skeletons.

And, in a great demonstration of the importance of ROVs and AUVs, the scientists used Holland 1, a remotely-operated vehicle, or ROV, to capture the images of the reef. How cool is that?